Bhutan is the last of the ancient Buddhist kingdoms of the Himalayas. Although Bhutan is moving by leaps and bounds towards the modern age, the country has its feet firmly planted in its venerable past, showing deep respect for traditional Tibetan-Buddhist values. In Bhutan, work is slow; the forests are intact and there is no unlimited entry for tourists. In contrast, the Bhutanese take a wise and relatively high price to show off their treasure trove of maintaining kingdom with lush fauna and a wonderfully intriguing culture.

Bhutan travel – A treasure trove of nature and culture

Experience Bhutan in the best way with Tourist Travel, which takes you on a journey through this completely unique country with idyllic landscapes, the classic Bhutanese dzongkha architecture and an immensely hospitable population. At Tourist Travel, we are absolutely Bhutanese specialists and arrange our Bhutan trips with insight, knowledge and care due to many years of experience with travel to the country.

Between the high peaks of the Himalayas and the sloping mountain sides lies the small and very special kingdom of Bhutan. The country is one of the most isolated countries in the world. As a tourist, it is not possible to travel into Bhutan on your own. This is due to the Bhutanese firm determination to protect the country’s pristine nature and preserve its title as the world’s only CO2 – neutral country.

The authorities also attach great importance to reviving old values ​​in Bhutan. This is done, for example, by maintaining the national costumes in everyday life. Mahayana Buddhism is the state religion in Bhutan and the official language is Dzongkha. Tourist Travel often arranges trekking trips through Bhutan’s stunning landscape, which is otherwise a closed country for tourists.

Climate and travel weather in Bhutan

In Bhutan, temperature and rainy days are relatively well related. That is, when there are high temperatures in Bhutan, there is also a lot of rain. In the high season (September-November and mid-March-mid-May) there is generally nice and clear weather with a pleasant climate of 15-20 degrees and cool evenings.

The coldest months are in January and December. In January there is a high probability that you will experience a temperature below 0. In the low season (end of June-August) there is a monsoon, ie. rain in stride currents, but at the same time hot. The weather will be called “lukewarm” in good old Danish in the low season.

Popular animals you can experience in Bhutan

According to Thenailmythology.com, there are 165 registered mammals in Bhutan. Some of the species are particularly suitable for the country, such as the Bhutanese takin . They live in the alpine areas of the northern part of the country. In addition, collared bears, red pandas, sambar and jackals are also found here. Other peculiar animal species are rhesus monkeys, langurs, especially Golden Langur which live only in Bhutan and in similar biotopes south of the Indian border.

Elephants and tigers are found in several places in Bhutan, but they live primarily in Bhutan’s Royal Manas National Park. The snow leopard lives in the high mountain areas, but follows its favorite prey animal, the bharal, to lower lying areas in winter. So far, 675 bird species have been recorded in Bhutan. Among the best known are the Haliaeetus leucoryphus and the black-necked crane (Grus nigricollis), a migratory bird from Tibet that overwinters in valleys in central Bhutan. 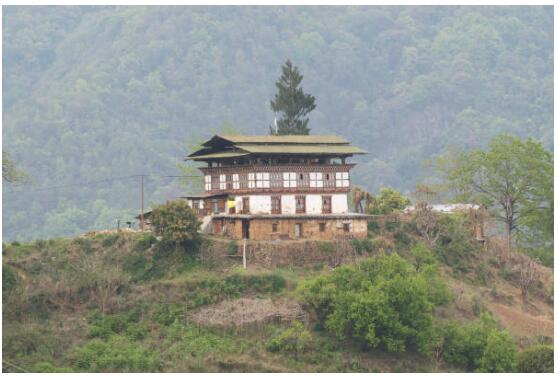 Experience the famous festivals of Bhutan. Bhutan’s Buddhist festivals are for the locals in the villages in the areas they take place, but as a guest and traveler in the country you are always welcome to join in on the amazing experiences. Often the festivals last up to several days with beautiful processions and mask dances. Below is a festival calendar for Bhutan – though with a frown for date changes due to local conditions.